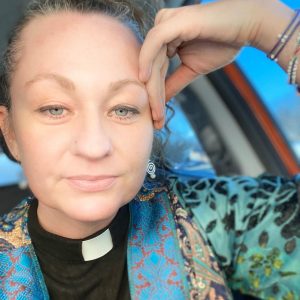 Rev. Kayla Bonewell was born in Oklahoma City. She earned a BA in Religion from Oklahoma City University (2002), a Master of Liberal Arts from Naropa University (2004), and a Master of Divinity from Pacific School of Religion in Berkeley, California (2008). Ordained in the United Church of Christ (2010), Kayla has ministry experience as a hospital chaplain, campus minister, social justice activist, youth minister, and associate pastor. Her personal mission statement is “To empower community, through experiences of the divine, to lead lives of deep meaning, while cultivating health, peace, and beauty in our world.” She is passionate about relevant worship, spiritual growth, and community engagement. Kayla is a member of the inaugural class of the UCC’s “Next Generation Leadership Initiative,” a 20-year focus on energizing and sustaining younger, emerging UCC local church pastors. She was awarded “Forty under 40 in Oklahoma City Leadership” in 2016, and received an “Oklahoma Human Rights” award from Amnesty International in 2018. 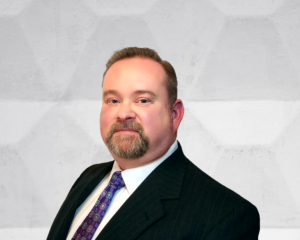 Bill has been on staff at Cathedral of Hope since 2004. His passion for worship, love of choral and instrumental music, and enthusiasm for working with volunteer musicians are a great fit for his position at CoH, which includes planning worship services, preparing and directing the Cathedral Choir, arranging and orchestrating music selections, and playing for our traditional services.

Originally from Alamogordo, New Mexico, Bill attended Southern Nazarene University (SNU) where he studied choral conducting with Dr. Dwight Uphause and organ with Dr. David Miller. He received a bachelor’s degree in music education and vocal performance from SNU.   Bill earned a master of music degree in choral conducting from The University of Oklahoma where he studied with Dr Dennis Shrock. Through the years, Bill has served as Director of Music and organist in many churches throughout Oklahoma.

In addition to his church work, Bill works as the Business Development Director for U. S. Cellular. He and his husband, Alfredo, have been together since 2007, and enjoy music, travel, and spending time with family and friends.