The tenth anniversary of the events of September 11, 2001, will evoke deep emotional memories for all of us. While these memories can be difficult to bear, we are not left without comfort and hope.

We pray for all whose lives were affected on that day: for those who grieve the loss of their loved ones, for those who struggle to recover physically, spiritually, emotionally, and financially. We hold in prayer the selfless women and men who bravely served as first responders, those who bravely serve in our Armed Forces, for all of these who have died or have been wounded. God, we confess that we cannot make sense of the violence inflicted by your children on one another. But even more than understanding, we ask for the strength to be peacemakers, servants of your will for reconciliation. We lift our prayers for better understanding among all people, especially Christian-Muslim relations. We pray this in the name of the Creator, the Christ and the Holy Spirit. Amen. 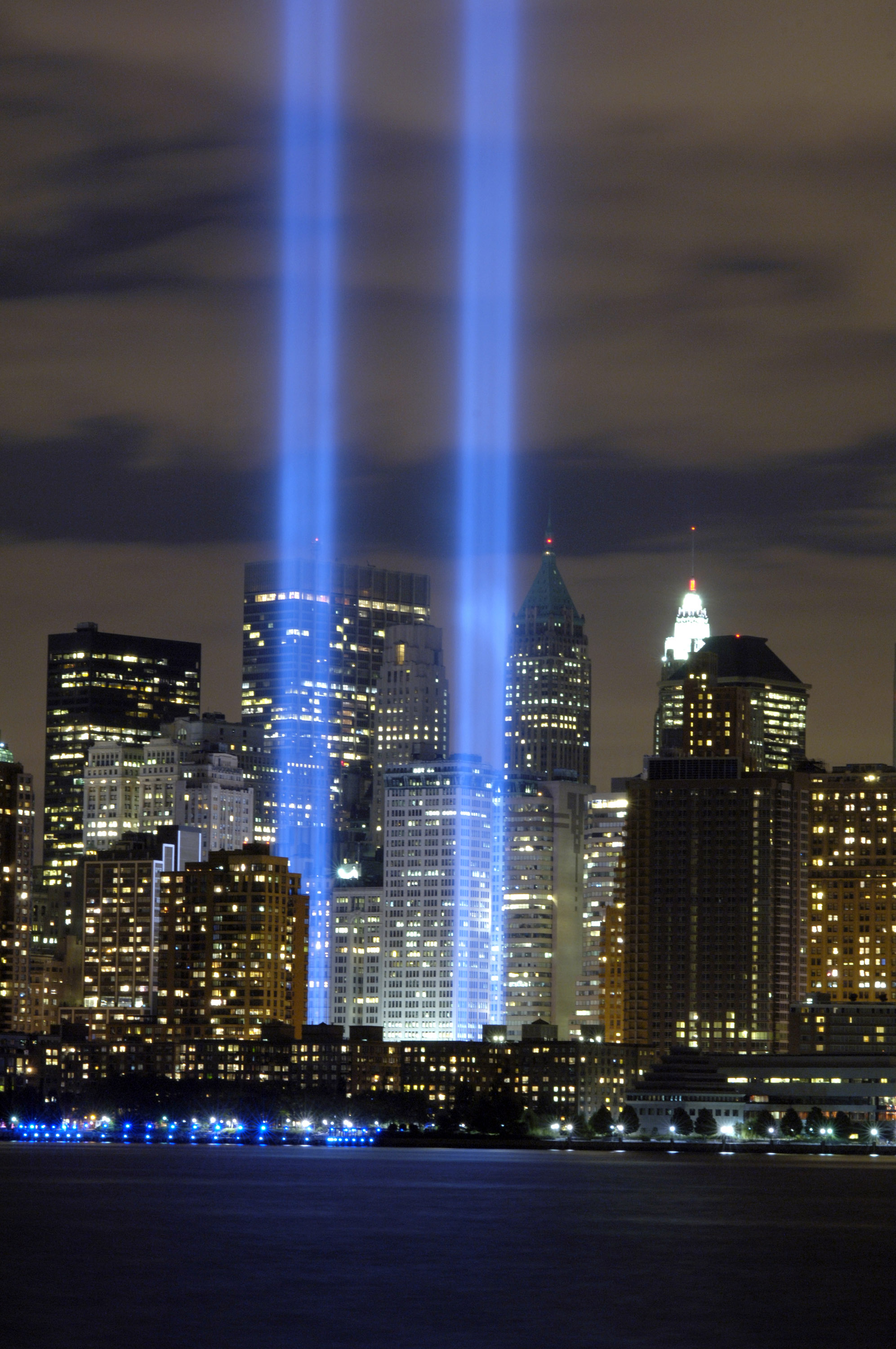 Prayer adapted from . Image adapted from agilescout.com. The “Tribute in Light” memorial is in remembrance of the events of September 11, 2001, in honor of the citizens who lost their lives in the World Trade Center attacks. The two towers of light are composed of two banks of high wattage spotlights that point straight up from a lot next to Ground Zero. The “Tribute in Light” memorial was first held in March 2002. This photo was taken from Liberty State Park, New Jersey on September11, 2006, the five year anniversary of 9/11. USAF photo by Denise Gould.